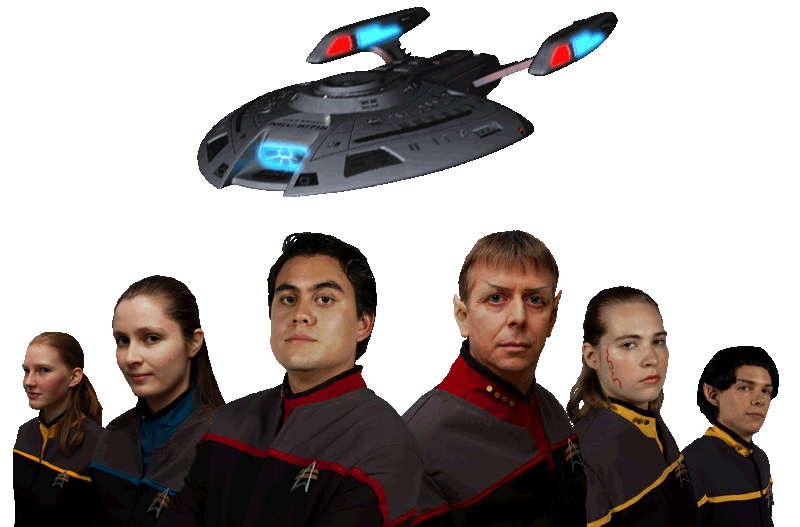 Landing of the Batavia (Nova-class) When you've watched Star Trek Dark Armada you will have noticed that the Batavia is able to land on the surface of a planet. This has caused a lot of comments from Star Trek fans either saying it's totally awesome or claiming a Nova-class can't land because it's not canon. So let's talk about that ;)

The Nova-class was used in Star Trek Voyager in an episode titled "Equinox", where Voyager finds the U.S.S. Equinox. The crew of the Equinox seems to be hiding a dark secret. If you haven't watched it, you should, it's a pretty good episode.

The Equinox is a Nova-class ship designed by Rick Sternbach. It was based on the U.S.S. Defiant Pathfinder design by Doug Drexler. The Nova-class was designed as a science and scout ship, typically built for planetary research and analysis. This is why the ship is very small and usually not very fast... a maximum speed of warp 8. One of the most interesting features is the Waverider attached to the hull, an aerodynamic shuttle for entering a planet's atmosphere.

The Batavia is also a Nova-class used over 10 years after the destruction of the Equinox on Star Trek Voyager. The Batavia has been assigned to the Dark Hinterlands, a rather violent region of Federation space, and has been refitted to be more suitable for combat operations. The crew of the Batavia has also managed to push warp speed far beyond the maximum speed of warp 8 as seen in the episode "Nightfall".

But the big question still remains: can the Batavia land? Our answer: Yes she can! We've asked Rick Sternbach the original designer of the Nova-class used in "Equinox" and he told us this type of ship was designed to land: "The original design had four split gear doors, so it was always my intention, conceptually, to give the Equinox a set of feet like Voyager.".

So there you have it, the Nova-class was designed to land. And on our show the Batavia most certainly can whether or not it's canon, because we're just a fan production after all. So we will be setting her down from time to time and perhaps we'll even decide to take the Waverider out for a spin! Thanks for watching Star Trek Dark Armada! Star Trek Dark Armada is one of the few semi-professional science-fiction film productions in The Netherlands.

Our goal is to gain more experience in film making, to keep reaching a higher level and to continue producing these episodes with the quality and passion you've come to expect from us. And of course to keep Trekkin'!
ROBIN HIERT - EXECUTIVE PRODUCER

Star Trek Dark Armada is one of the few semi-professional science-fiction film productions in The Netherlands. 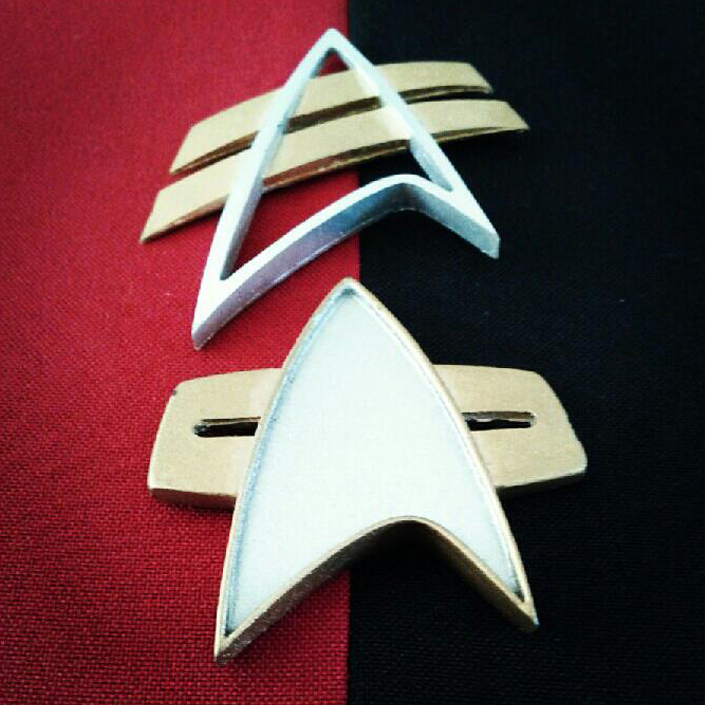 Based upon the American television series "Star Trek", fan episodes of Dark Armada are published on the internet as a free stream or download.

The cast and crew of Fan Trek Productions consist of volunteers with a passion for film making and an appreciation for the television series. Payment for these episodes isn't allowed in any form due to copyright issues, so no profit can be made. The production is funded by our own team members without any external financial support.

Our goal is to gain more experience in film making, to keep reaching a higher level and to continue producing these episodes with the quality and passion you've come to expect from us. And of course to keep Trekkin'! We hope you will enjoy our episodes, the best is yet to come! ;) 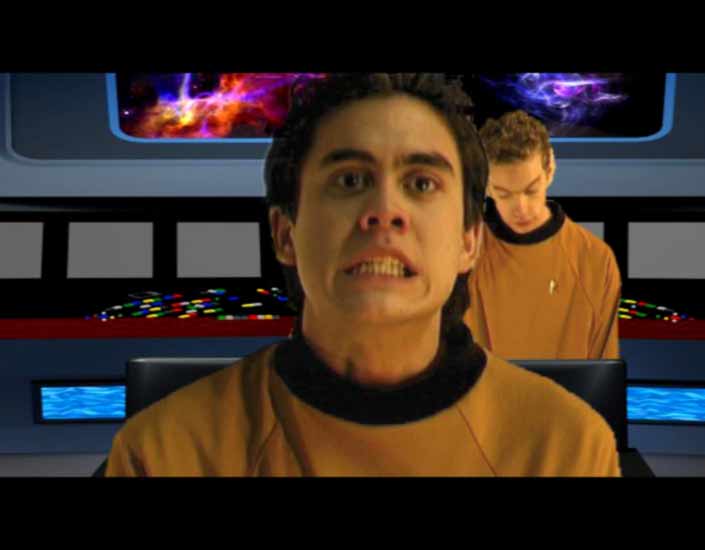 These Are The Voyages...

This episode was intended to be a 'test episodes' rather than an actual episode for the series. It was a test to see what it would take to make a short episode using green screen/keying technology and what improvement would have to be made to master this technique. 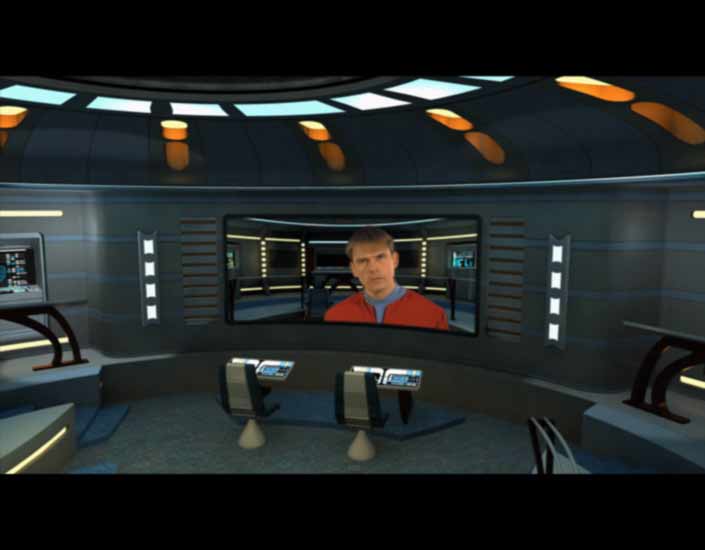 Richardson and Katina find the U.S.S. Batavia at drift in space as they return from a shuttle mission. The crew seems to have disappeared.. 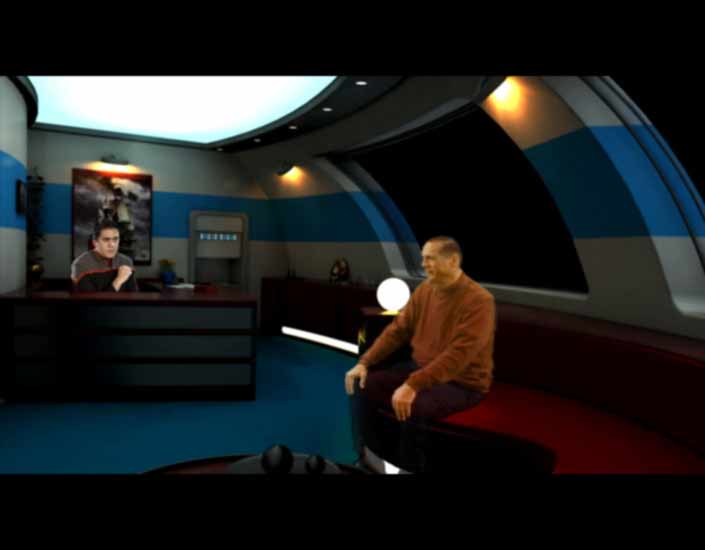 In "Choices, part one" the crew of the Batavia discovers a situation with planet Y'nok that took place in the past. How is this related to the current volatile situation? 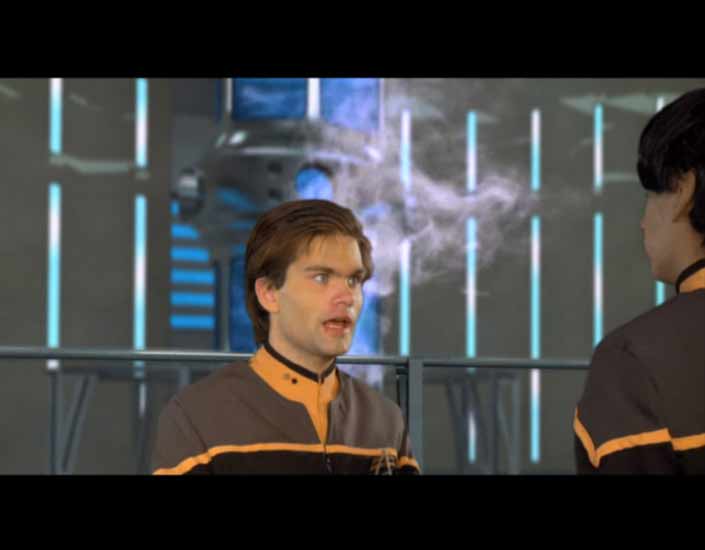 While Batavia's Warp drive is disabled, Ensigns Belissa and Robberts are on their way to the colonist in distress. What will they discover and what will the Batavia find when she eventually catches up? 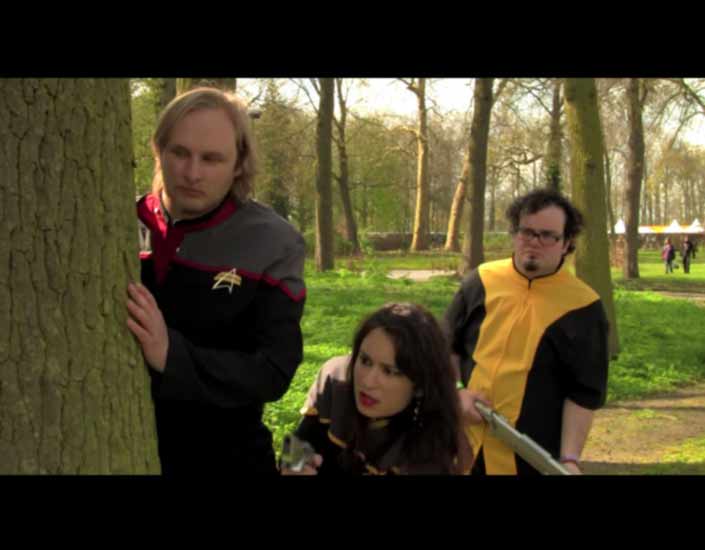 When Lt. Thompson thinks that he is up for a promotion, he has to lead a rescue mission.

The event "Elf Fantasy Fair" asked us for a film making workshop. With five attendees, we shot and edited the episode in a tent within eight hours. 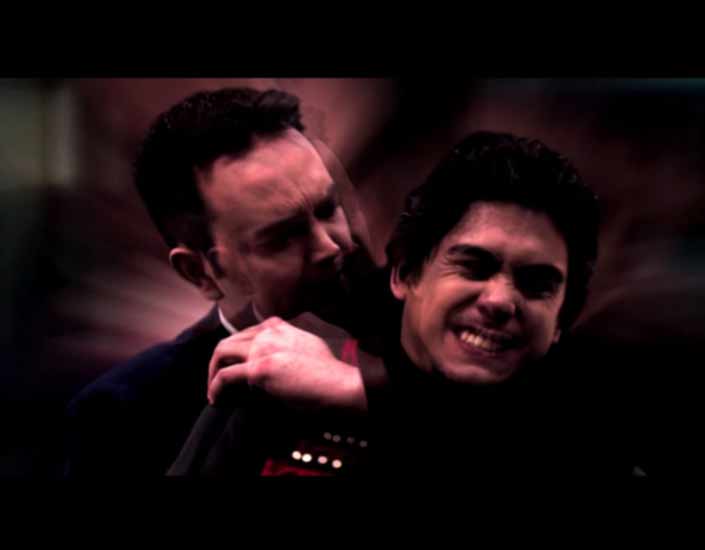 This vignette was made using 'old' footage from 2007. The scenes were deleted from a later version of the script for the episode titled "Nightfall". The vignette was released before "Nightfall" as a bit of a preview what's to come. 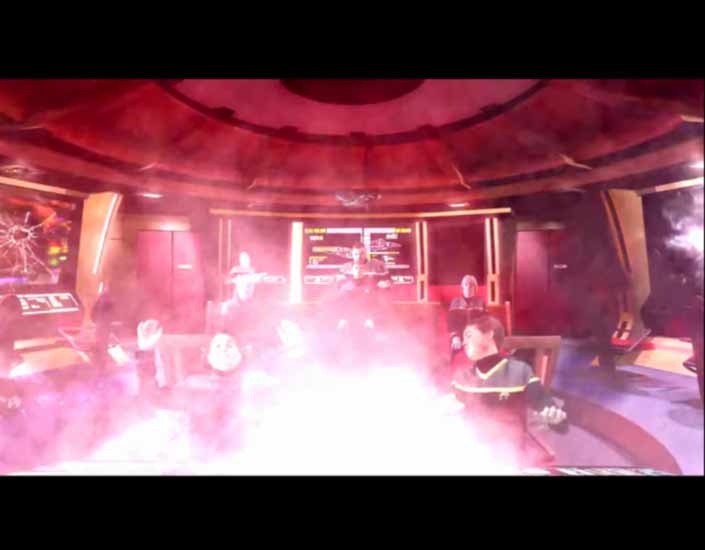 The crew of the Batavia goes down to Cententa III for a well deserved vacation when they're suddenly disturbed by a distress call from Admiral Taylor. 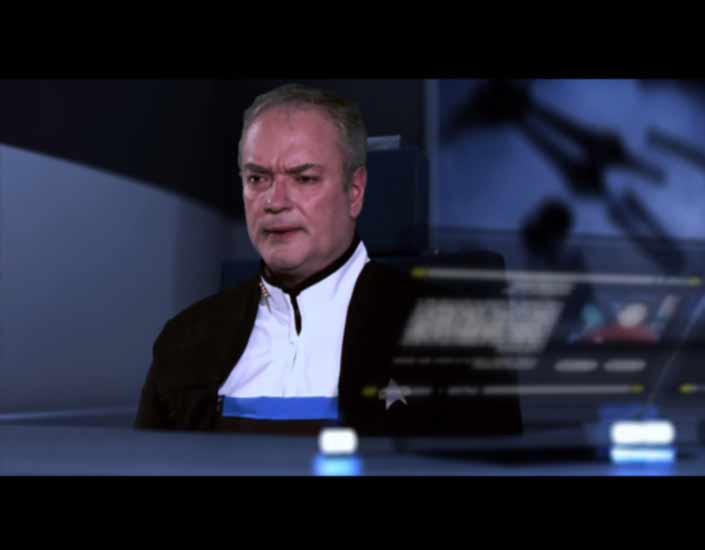 Someone is investigating Captain Alexander Richardson. 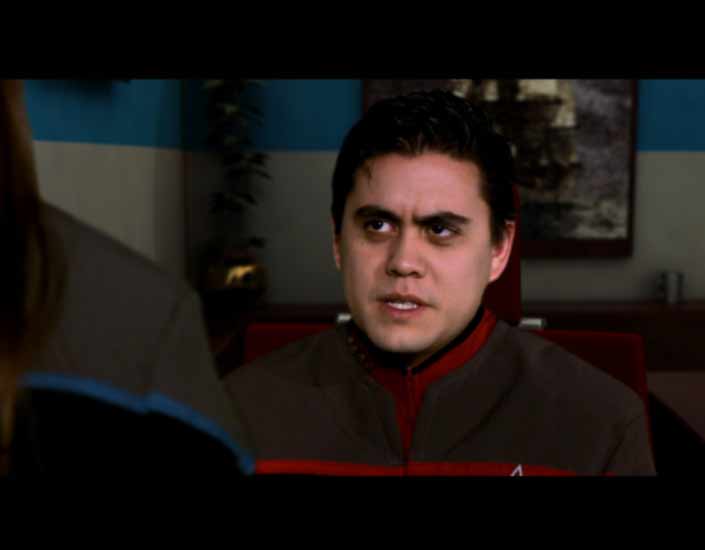 You should watch Dark Armada! 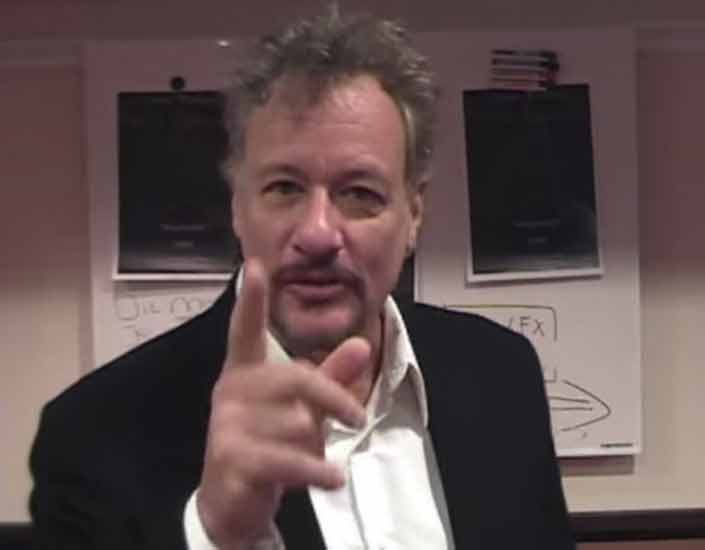 Meet the crew of the Batavia and Blue Star 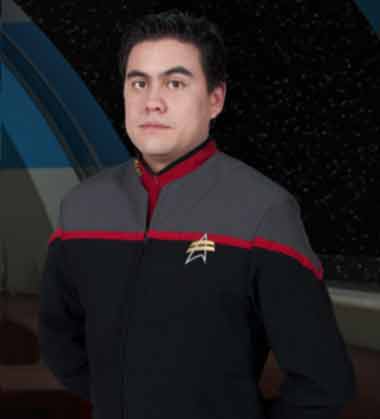 Captain of the U.S.S. Batavia 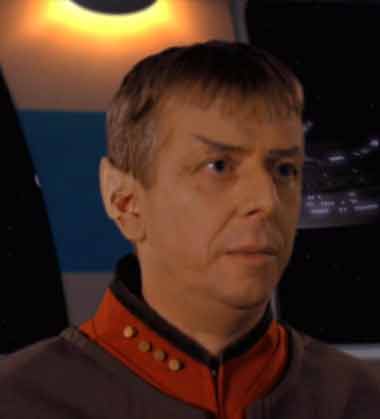 Captain of the Blue Star 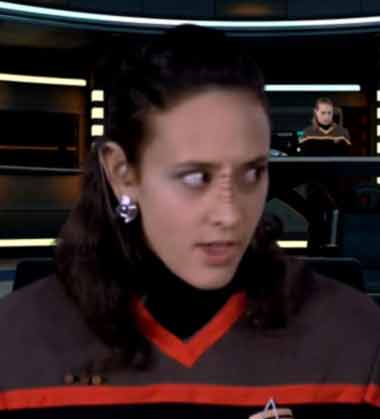 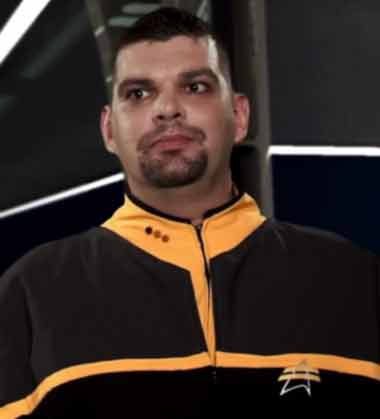 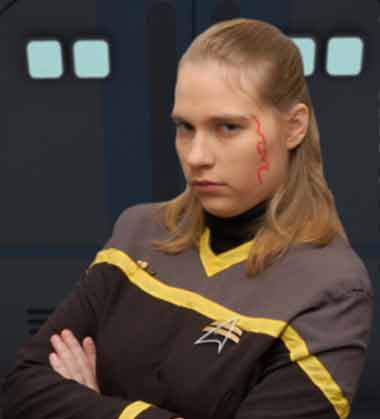 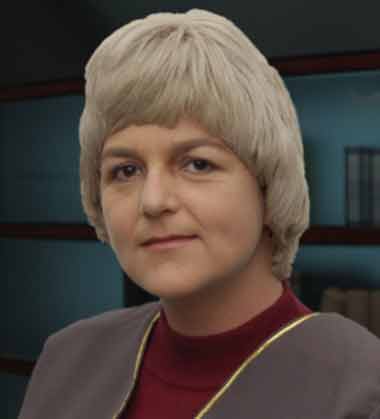 Want to get in touch with Star Trek Dark Armada? Leave a message through our social media channels or send us an e-mail below.

All texts, images and other media on this site are copyrighted by ©Fan Trek Productions 2006-2015 and may not be distributed, entirely or a part of it, without written permission of the maker or Fan Trek Productions unless explicitly stated otherwise. Copyright © 2015. All Rights Reserved.